The Future is Here: SpaceX Rocket Launch a Game Changer For Space Exploration 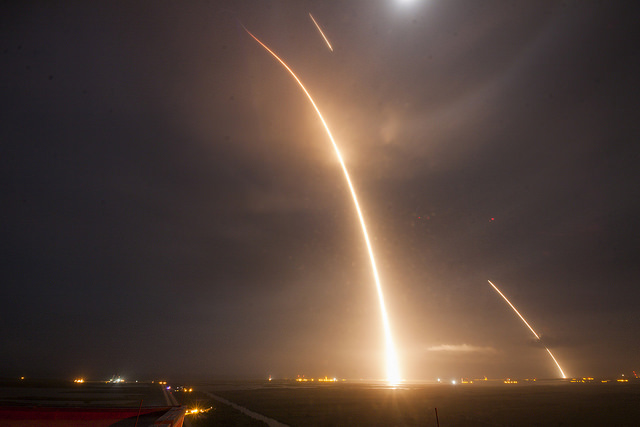 Just in time for the holidays, here’s a history-making STEM comeback story we can all get behind! After a failed rocket launch in June that ended in an explosion, space technology company SpaceX successfully sent an unmanned Falcon 9 rocket into space and back, after delivering 11 satellites for communications company Orbcomm. Per The Atlantic, on the evening of Monday, December 21, “for the first time in aerospace history, a rocket took off vertically from its launchpad, pierced the boundary of space and deposited its second stage into orbit, and returned intact to Earth, landing upright not far from where its journey began.”

The fact that the first stage of the rocket (the bottom part that contains the engine and fuel) successfully landed back near the launch site in Cape Canaveral, FL and can be reused (!) holds the potential to substantially drive down the cost of future launches. As a result, more frequent space exploration may be in the cards in the coming months and years!

SpaceX founder and CEO Elon Musk posted this awesome informative primer prior to last night’s launch outlining the physics behind rocket launches. You can read more about the launch here (via The New York Times)… and pretty much anywhere on the Internet, really, as everyone’s going absolutely nuts about this!

We can’t wait to see what the future holds for SpaceX—and space exploration in general!

P.S. As a reminder to all aspiring astronauts (with US citizenship) out there... NASA's hiring!