Math on the Field: Football 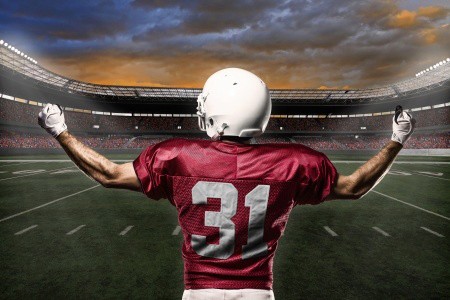 Whether you are watching your favorite team battle on the gridiron or strapping up the pads yourself, the one thing that can’t be ignored is how math impacts the game. Your team might be celebrating a touchdown, but if you break down the big play you will find nothing but mathematical equations.

Let’s take a look at why understanding math could have your team in the big game:

Geometry for the Score

The play-call might sound extremely complicated, but once your break it down you will find a complex geometrical equation. The angles that players use could be the differences in making the big play or the other team jubilating in their victory. Each play requires a player to make specific angles to gain an advantage on their opponent. If precise angles are not taken the play could be worthless.

Blocking schemes, running plays and passing plays map out the angles that each player executes for a successful gain. Being well versed in geometry can give your team the upper hand.

Calculating statistics is a method that many teams use to prepare for an opponent. In fact, thorough research is done by hired professionals to find out specific statistics about each team and player. Having a statistical value on how a quarterback performs under a blitz could change your entire game plan.

Statistics have been long associated with providing a team necessary knowledge for being victorious. The impact that statistics have in today’s game plays a vital role in how teams perform on the field. If your coach knows that a team runs 70 percent of time on first down, then loading the box might be your best option of defense.

First Down and Ten Yards to Go

Every situation that occurs during the game is in itself a math problem. You gained 3 yards on first down, leaving how many yards left before a first down? You received a 10 yard penalty on second down, how many yards are needed to only have 5 yards left to get a first down? Math is constantly being performed by players, coaches and referees throughout the contest.

Coaches have to use math to determine what play they will choose next. If we the team is on the 42 yard line, how long will of a field goal will you be kicking- should you even attempt a field goal? Having efficient math skills will directly impact the outcome of the game.

So next time you are watching the big game, use your math skills to determine if your team made the right call. You will see the game in a whole different light.